For some who experience motion sickness, VR can be difficult to use for extended periods of time, if at all.

However, motion sickness caused by simulated VR/AR environments could soon be a thing of the past. Palmer Luckey, the founder of Oculus and creator of the first modern Virtual Reality headset which was unveiled in 2010, says that he is now working on solving this problem.

Read the article to see what he has to say about this, and other predictions he has about the VR industry. 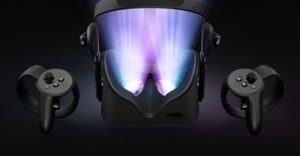