He Should Be A Saint!

Father Baker is on the path to becoming a Saint!

Part of his story is about to be told through the voice of Brian Dennehy, in “Building A Basilica”, a DaybreakTV production that will air on ABC-TV nationally on January 19th, 2014. (See local listings for your area’s schedule).

In addition to sound design and mastering the audio for this documentary, Crosswater has provided the original score to this fascinating tale of Venerable Baker’s vision to build Our Lady Of Victory Basilica and National shrine, in honor of the Blessed Mother Mary.

The music score includes a theme song, O Victorious Lady. Thanks to its growing popularity among listeners, the song is destined to become a popular 21st century hymn. (soon to be available on iTunes).

The long path to Sainthood is certain to shorten as viewers become aware of Venerable Baker’s early 20th century humanitarian contributions to civil rights, how he brought dignity to unwed mothers and orphans, and how building a dream in an era fraught with despair could be accomplished with faith, perseverance, and determination. 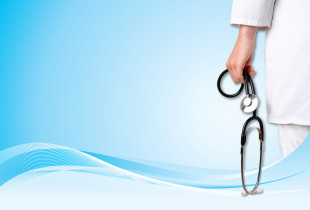 As consumers decipher the different medical insurance options available to them, Crosswater was proud to once again provide its audio expertise for the clear options offered in New York’s Independent Health’s radio and TV campaigns produced by Gelia Advertising.

Independent Health consistently earns top national rankings for their commitment to their members and their personal customer service ethic.

Crosswater created the original theme song and interstitial music for this popular program featuring  money saving household tips that  viewers can use in their everyday life.  The series is hosted by renowned author, Graham Haley.

The Buffalo Medical Group (BMG) continues to add to its library of patient education programs developed and produced by Crosswater Digital Media.

Following the success of the segment on the Cleveland Clinic Quality Alliance joining forces with the Buffalo Medical group, this upcoming feature explains what Physiatry is and how the BMG Physiatry department is utilizing recent research to benefit patients faced with arthritis, brain injuries, stroke and other pain related conditions.

Trico Wiper blades makes it easier to see down the road thanks to the multi-lingual web instructionals that Crosswater has recorded for Gelia , an integrated marketing communications agency. The agency is consistently looking for ways to build an engaging one to one relationship with audiences and Crosswater provided the talent and their audio expertise for the recent Trico Spanish and French web versions.